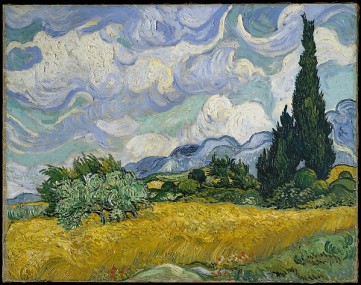 Say you realize the innocent are ignorant and try gently to move them in another direction after you have cuddled and protected them for many years. When you try, you will find out it is a tad bit too late. For a quarter century you allowed the “ignorant” system to take root and foster its growth. The resistance you will face will be ferocious, illogical, emotional and very strong.

This will cost you….personally. They will misunderstand you. They will think of you as a “know it all” who wants to teach them a lesson they do not need to learn–an “elite”; maybe even a “coastal elite”. It will cause distance between you and some of them, and those who sympathize with them, even as you love them individually. It will not be pleasant.

I have no idea if this is worth the price. I do know it is a price I have to pay, because my very nature says to …”do something!”…and I always do. I wish I knew how to have done it when it would have had more of a real effect.

I was going to quote the Bible here, but after I read what was available, I decided it was all fostering “ignorance”.

I am not any of the" Avery Mann"s who pop up when you Google the name; not the one who has written a couple of books...not the media executive...etc...etc. The following definitions were selected from Wikipedia or some such source--too many contradicting citations from other sources; might as well go with the one not known for scholarly accolades, but...used and cited most often: "Avery" is a given name taken from Avery, an English surname that was itself derived from an Old French version of the name Alfred or the Ancient Germanic name Alberich. The meaning of the name is derived from the Old English words aelf, meaning elf, and raed, meaning counsel. "Mann" is a surname of Germanic origin. The word means "man", "person", "husband". "ᛗ" is a single character (rune) in the traditional old-English, Anglo Saxon, runic alphabet, which denotes "Mann". "Mann" is also a surname of Jatt origin. Words, letters, all are just signs--intended to facilitate identification and then communication. That is the only sort of Avery or Mann that I chose to be. View all posts by Avery Mann